Finally, The Secret To Weight Loss Success, And Other Random Shit.

My babysitting bartering arrangement with friend Sally is working out beautifully.  We're not paying for childcare and our kids get along swimmingly.

One teensy problem has arisen though;  her son Lenny has got it bad for Bea.

I got a text one afternoon;

Sally: "Lenny sitting across from Bea, rubbing her back, gazing into her eyes, telling her she's beautiful."

He's three and the kid has got game.

I had him over for a couple hours last week.  He and Bea were sitting at the table playing with Play-Doh;

Sally is afraid she's going to have to sew a condom on him when he turns thirteen so she doesn't end up a grandmother before she turns forty.

Lenny's sister Mya, who is almost five, goes to preschool with Bea.  We drive her in two days a week and then have her over for the afternoon.

She and Bea live in a girly pretend fantasy world complete with princesses, fairies, monsters and witches.

Last week they were pretending they were the witches while I dicked around on the computer.  Keyboard almost got doused with coffee when they marched up to me and announced their witch names:

Sally told me about this cool stuff you can make, called quicksand, by mixing corn starch and water.

Most mommies probably already know about it.  I'm a little slow with this stuff.

Anyway.  This shit is so much fun.  Bea will play with it for hours. 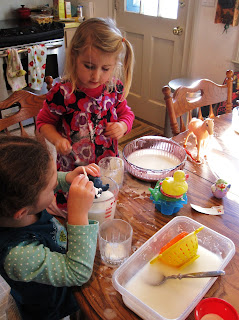 It looks like a worse mess than it really is.  Cleans up with just a wet sponge.  And the floor?﻿
I went and got myself a new toy, I've been lusting after Sally's for a few weeks, and just had to have one: 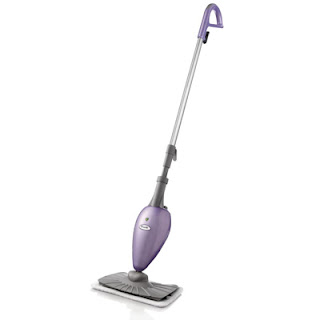 And I had to text Sally my love for it:

"So depressing how happy this thing makes me."

"Seriously, my floor has never been cleaner."

"Ok. I need to be in a commercial.  Just dramatically tossed bucket, mop, and Swiffer down cellar stairs."

I did submit a post to this little blog writing contest.  And I didn't win.

But I got a mention!

And this post that did win, is fucking awesome.

And what you've all been waiting for, the secret to weight loss success.  I found it.

Have sex in the daytime.  Curtains open.  With the sun shining in through a window.

The simple calorie counter is right on my CrackBerry.  I need a tool that is easy to use and shows me exactly what I'm putting in my body.

The being constantly hungry part?  Not so easy.

But I miss looking good naked.

Now.  I gotta run.  I've got a lunch date with a fucking carrot.


More Random with Keely, The UnMom