Deaf Kids On A Boat

Ok, so not ALL of them were Deaf, some were Hearing Impaired. I visited the difference here.

There is a support group in town, for families with kids with hearing loss, and they chartered this boat for a couple hours yesterday.

A founding member of the group lives in my neighborhood. Her son has two cochlear implants, and is mainstreamed in the public school.

(In case you're wondering how I feel about mainstreaming my kid.)

A big contingent from Owen's school were going to be aboard.

I had prepared myself for an Us and Them vibe. Two groups of parents, faced with the same challenge but choosing drastically different paths.

I had prepared myself to feel superior to these parents who'd made the other decision. 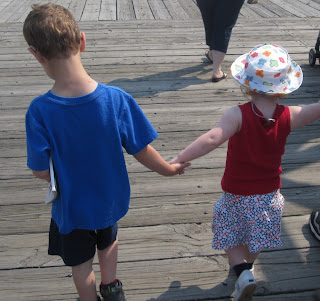 I ran into a high school classmate and her delicious three year old Deaf nugget. Owen tackle hugged her and grabbed her hand. 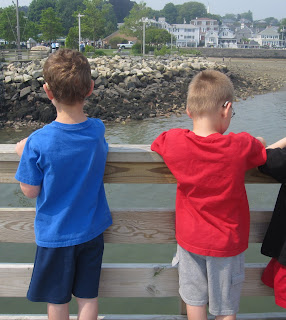 Several more Deaf classmates and tackle hugs later, we all climbed aboard.
A hundred and twenty five of us; Mommies, Daddies, brothers, sisters, grandparents, of these Deaf and Hearing Impaired kids.

I was happy to see that there were more Deaf people than I'd anticipated. A few sets of Deaf parents even.

One Deaf Mommy was sitting behind Owen and Katie. She tapped them and started a conversation, in sign of course.

You know how hard I had to try to NOT cry, watching this exchange? Really hard. It was awesome.

And though I'd forgotten to feel superior to the other parents, I wondered how this woman felt, seeing the hearing aid or cochlear implant clad kids that couldn't sign.

Would she be offended that those other parents had denied their children her world? Her Deaf husband's and her beautiful Deaf daughter's world? 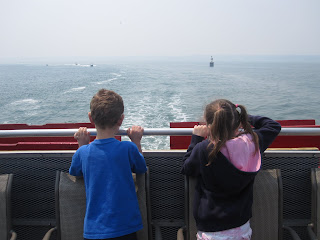 I'd say they are a cute couple, but rumor among the kids is that she and Owen's buddy Nick have a little sumthin' sumthin' goin' on.

There was a ton of food, activities, a scavenger hunt, and lots of prizes for the kids. Mostly, Owen and his friends just ran around like maniacs.

The Hearing Impaired kids did exactly the same.

Conversations amongst us Hearing folk were conducted in shouts on the noisy windy deck. The Hearing Impaired had a tough time, and mostly stayed down below where there was less noise.

The Deaf were at a distinct communication advantage; they could "talk" anywhere, no matter how noisy. 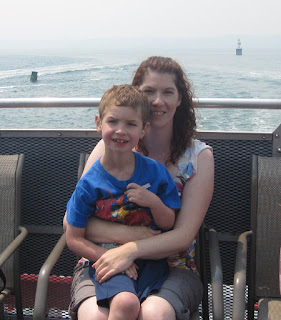 Don't worry. Soon after this hideous sea hag grabbed a hold of sweet little Owen, he was saved by a brave Daddy who tossed the hag overboard. 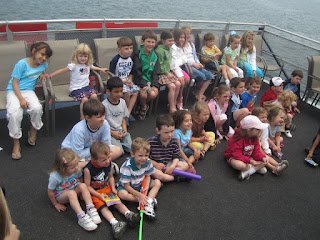 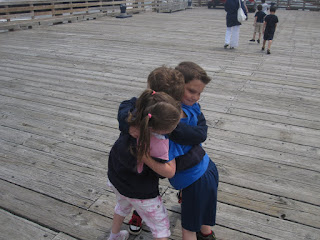 Tackle hugs goodbye. Can you stand it? Gawd they're cute. 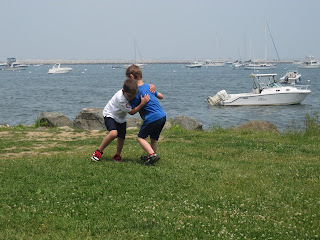 These two can't get enough of each other. After running around the boat for two hours, they ran around and wrestled for another hour.

As they played, other Deaf kid parents and I gushed about our kids, their love for each other and their school.

One Mommy had considered taking her girls out and placing them in the public school. I was heartbroken when I'd learned this a few months ago. I didn't quite understand the decision, but never questioned her.

She has since changed her mind. She said yesterday that she'd realized that what she wants for her girls may not be what is best for them.

We all want our kids to fit in, but nobody fits in everywhere.

Some parents just want 'normal' kids. I sort of don't blame them, even though I've thankfully learned that normal is highly overrated.

All of us parents on that boat had our special children in common.

And in my opinion, their lives will be richer for it.