A Sort Of Homecoming

I always cringe at the coming home part. He didn't really come home. Not the home we made for him anyway.

This was supposed to be his childhood home. 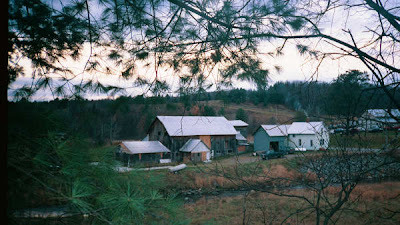 It was a working dairy farm just two years before we moved in. The 10 acres were begging for some goats. The big beautiful barn deserved to be restored to it's bright red glory. The chicken coop was quietly waiting for gobbling tenants. The river was perfect for a little boy and his Daddy to catch a fishy dinner.

Just a couple miles up the road, past a few farms, was the school Owen would attend. The Academy was comprised of a half dozen or so pristine white buildings scattered around the Common. Think stereotypical quaint New England Village. 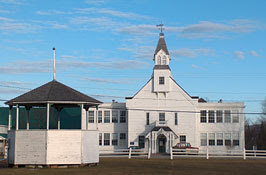 What a childhood he'd have. Hiking, biking ,fishing, and camping in the summers. The long snowy winter was just as much fun with snowmobiling, skiing, snowshoeing.

In the spring we'd plant a big vegetable garden. In the fall Owen's friends would all come to pick pumpkins. 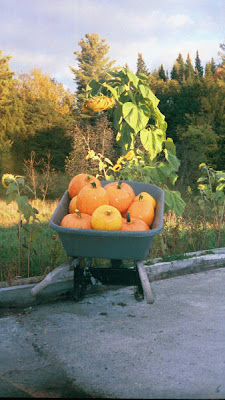 The reason we'd left Massachusetts and headed for the hills of Vermont was to give our children just this childhood. We couldn't believe we'd actually be able to do it.

We'd been living on the farm for 3 years when Owen was born. We were renting but had started the process of buying it from our landlords who lived across the street and had become close friends.

Everything had fallen perfectly into place. We had jobs we liked. We had good friends and neighbors.
We were ready for baby.

I'd had the nursery ready for a couple months. I loved that room. It was a small room, with the slanty ceiling that I always thought made a room extra cozy. There was one window, also slanty, that I'd learned was called a witch's window, I loved that window.

I'm not one for a themed nursery but I guess I'd say the theme was hand me down. The crib and changing table had been passed down from my oldest sister, a few of Owen's cousins had used it. They were plain and pretty. The bedding and a sweet ABC wall hanging were from another sister.

The big cradle was one of the last things my Grampa had made before Alzheimer's stopped letting him make things. It was filled with blankets made by friends and families of my patients at the nursing home.
The small dresser I'd gotten from work and had painted white. It was filled with dozens of onesies, creepers, jammies, itty bitty socks.

On the walls I'd put up pictures of Mommy and Daddy as babies and children.

Of course there was a shelf full of elephants.

I'd sit in the glider rocker and think what a lucky baby to be surrounded by such lovely things. Things passed down from family waiting to meet him. Things bought just for him by friends who were so happy for Mommy and Daddy. I could sit there and already feel how loved this baby was going to be.

Twelve hours after Owen was born, he was on a jet plane to Boston. Diagnosed at birth with a right sided Congenital Diaphragmatic Hernia, he wasn't expected to survive the flight.

Al and I left our home at 3am on Tuesday April 1st. I made Al close the nursery door before I went upstairs to pack. I couldn't bear to look at it. I sort of wish I had now.  I didn't know I'd never see it again.

When we got to Children's Hospital, the ICU waiting room was full of people; our family had been there for hours already. Al's brother had been there all night, he was there when they wheeled Owen in.

The nurse told us that should he survive, we could expect at least a 3 month stay in the hospital. Our decision was made that instant. Owen had brought us home. We weren't going back to Vermont.

Friends packed up our house. Al and his brother went up and brought our life back to Massachusetts and put it in storage.

On July 11th, after 101 days, several surgeries, and who knows how many miracles, Owen was discharged.

We didn't have a home to bring him to.

Our first night was spent at Owen's brother's house. It had been our home while Owen was at Children's. Doug and Jen had been so good to us through it all, they were honored to have Owen spend his first night in their home.

From there we went to Al's parent's house. Well, not their house really, but the camper in their yard. We lived in the camper for 4 weeks until we found a place to rent. After living in the hospital for so long, the camper was luxury. It was bigger than my first apartment. It had a living room, kitchen, bedroom, and bathroom. We appreciated the hell out of it.

Owen slept 20 hours a day and I got to lounge in the big captain's chair and watch TV. After what we'd just been through, I felt like I was on some surreal vacation.

From there, we rented a small cottage, then a bigger house on a pond, then 2 years ago we bought this house.

I don't get sad thinking about Vermont. I feel lucky that Al and I got to live there and enjoy all the country life had to offer.

I do get sad thinking about that nursery. It symbolizes the childhood that we'd planned but would never be. It is hopes and dreams smashed. It is the rug pulled out from under us.

It is becoming a fuzzy memory.

I don't have a single picture of it.

So it's a weird day.

And just for this one day, we wonder what could have been.