Last week, Annabelle gave me this: 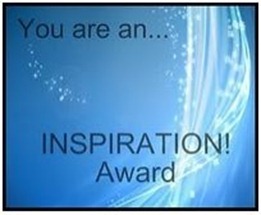 She said nice things about me and I told her I would consider accepting the award.

So there. I've accepted it.

Now for the rules.

Thank the the blogger who gave it to you and link them.  Done.


Post up some of your work that you think is inspirational AND link 10 other bloggers you believe to be of inspiration. Yeah. That's not going to happen.

Forward the award or notification of to those bloggers. See Above.

I don't have time for that shit.

But maybe a little inspired.

Since Al was not inspired to get me a gift or even a fucking card for my birthday, I was forced to take matters into my own hands. 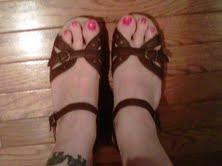 How fucking cute are they?

I'm obsessed with these sandals.

Though it was cold and drizzly, I took my adorably shod feet to the playground with a deaf kid group. Not only his Deaf peeps who all sign, but with the mainstreamed Hearing Impaired kids from town.

Owen refused to play baseball. He did a crafty thing.

After the party, everyone went to a Mexican place where a portion of the sales would go to the group. There was a huge turnout. More of his Deaf friends showed up.

Watching Owen and his peeps tackle hug each other in greeting and run around the place raising all sorts of Hell.

I recently saw Get Him To The Greek.

There is clearly something wrong with me as I spent some quality time I'm not telling how long but it was a really long time trolling images of Russell Brand. 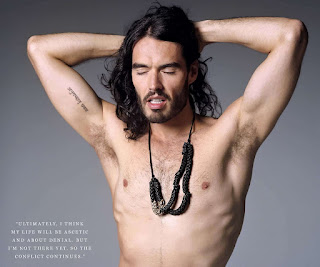 And I must be too as he's inspired some not right thoughts in my head.

Owen's Spiderman camcorder he got for his birthday shit the bed before he could even use it. So we returned it. Owen being the very smart boy that he is, realized that he'd just break its replacement and opted for choosing a new toy instead.

Up and down the aisles we went, Owen growing anxious as he couldn't make up his mind.

Until he spotted it. And he hugely smiled. And jumped up and down and asked; "Please please please can I get it?"

How could I refuse? 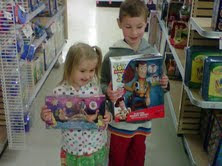 The Woody toy has been a source of endless amusement for Owen and any adult with a sense of humor.

"Owen. Either watch TV or play with your Woody.  You can't do both."

"I'm gonna show ALL my friends my Woody."

And many many more.

I hope his obsession with this thing lasts a good long time.

While not staring at my feet, drooling over dirty Brits, and giggling like an 8 year old at Woody jokes, I've been feeding my latest musical obsession.

Email ThisBlogThis!Share to TwitterShare to FacebookShare to Pinterest
Labels: In which hairy men who look like they smell bad turn me on.