A Sense Of Humor Being As Important As Mad Oral Skills.

Twelve years ago, Al and I had been dating for a year.  We were living together in a teeny little apartment on the waterfront.  We loved it.

Al's family is of the large and close knit variety.  I'd met his parents,  three sisters and brother on several occasions; and his aunts, cousins, and grandmother, maybe a couple of times.

His parents had a beautiful home with a large patio and pool.  They loved having the whole gang over for cookouts and swimming.

On a Sunday, one such party was commencing.

The following Monday morning, I'd be at the hospital getting a cone biopsy and D & C for some pesky little cells that needed to be banished from my cervix.

Now.  I was still the newcomer in this group.  I still felt like a guest.  I liked all these people, but I wasn't a part of the family by any stretch.  I was basically the chick that their brother/son/grandson/cousin/nephew was shacking up with.

So.  I wasn't thrilled that the topic of conversation had somehow turned to my girly business.

Yep. I found myself in a discussion with these very nice people, who were just a few meetings up from being strangers, about the state of my gynecological health.

Al's sisters and mother and aunt were very sympathetic, and wished me well and all that crap.  They knew a little about the procedure and what the recovery entailed.

Six weeks with no sex.  Yeah.  This wasn't getting uncomfortable at all.  And it was about to get pricklier as Al joined the discussion, and his siblings started ribbing him;

"What are you going to do without sex for six weeks?!"

Pointing and laughing at him.

"You've never gone that long with out getting laid!"

Me, looking around for shovel with which to dig a hole to crawl into.

"Your hand is gonna fall off!!"

Al had finally had enough of being picked on and decided to put an end to it with this stroke of genius:

"What's the big deal?  It's not like she's having surgery on her MOUTH."


A few seconds of stunned silence were followed by shrieks of screaming laughter.  Drinks were spit out.  A body may have fallen out of a chair.

And for the next six weeks, he was very grateful that not only had I not dumped him, but that I hadn't had surgery on my mouth. 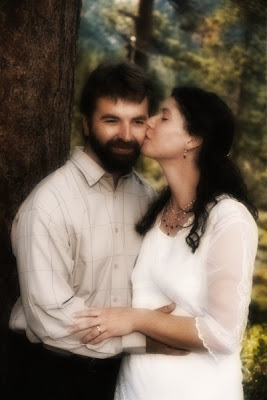 Email ThisBlogThis!Share to TwitterShare to FacebookShare to Pinterest
Labels: Happily Ever After