I happen to love old people.  More than most people.

But ignorant assholes?  I can do without.

You with your hag wife and me with my kids.  The ONLY patrons at Moe's this afternoon.

They're fucking children. Do you really think they are going to arrive at the ice machine and NOT fight over whom fills their cup first?

And seeing as we were the ONLY people in the fucking place, did you have to try to squeeze through the two feet between said bickering kids and a fucking empty table?

Clearly going around the table wouldn't have been the wiser choice.

No.  You had to push your way through.  And get bumped by my kids, hence spilling your drink.

And proceed to stand there glaring unkindly at frightened Bea and Owen.

I tried.  While holding my tray filled with fucking delicious quesadillas; I tried to sign to my Deaf kid that he needed to apologize for making you spill your drink.  Even though it really wasn't his fault.

And I expected your expression to soften once you realized you were staring down a fucking DEAF kid. But no.

You hardened your stink eye, huffed and grumped off.

You sir,  are old enough to know better.

And old enough to fuck the fuck off. 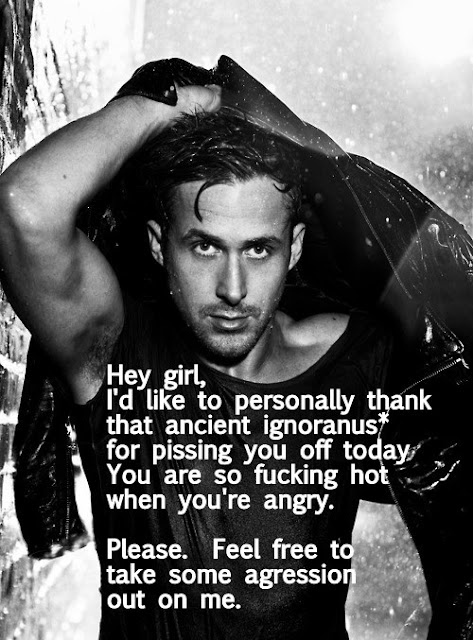 Though I do enjoy the lack of homework battles and mad dashes to the bus every morning. And chicken wings on the grill and drinks by the fire kick plenty of ass. The whole swimming thing is exhausting.

Friends and relatives with beautiful pools.  A pond across the street.  The ocean everywhere.

So far this week?  Pool Wednesday, pond yesterday and the ocean today.

It is not physically exhausting.  It is mentally and emotionally draining.

Hearing aids and fancy FM system are not compatible with sand and water. I swallow a lump every time I have him hand me his aids.  'Cause when he's in the water, he can't hear a damn thing.

And you'd think that having been Deaf for the past 8.5 years, our friends and family would know this.

Just last week, a very close member of the family was talking to Owen in the pool.  He swam away mid sentence and this person actually asked me;

"How much does he hear without his hearing aids?"

Yeah.  That ten grand worth of amplification he wears is just for show.  He can totally hear without it.

I asked Owen later that day;

"How do you feel when people talk to you when you're not wearing your hearing aids?"

So fuck anyone who talks to my Deaf  kid at the pool/pond/beach.  Ask me to interpret for fuck's sake.

That is, until Ryan's gift arrives; 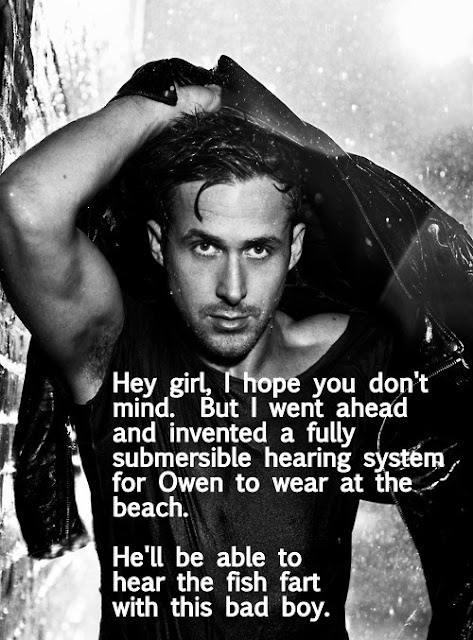 Sunday had a shit week, so it looks like there's no link up today.

*******
*ingnoranus:  one who in ignorant AND an ass hole.  I didn't make this word up. But am certain whomever did, would be pleased to know that it is being used to its full potential.
Posted by tulpen at 12:00 AM